In 2010, I had the privilege of visiting the Normandy American Cemetery where the bodies of several thousand heroes lie buried beneath white crosses. It was an unforgettable moment for us.

Shirley, Danae, and I walked among the graves and read the inscriptions on some of the markers. Every man buried there had a story to tell, known only to God. Some of the names were of 17-year-old boys, and we wondered how their parents heard the news of their terrible losses. I found one cross bearing the name of a man who died on May 8, 1945. That was the last day of the war with Germany. I assumed he had been seriously wounded at Omaha but never recovered.

The experience was so overwhelming that I entered the little chapel at one end of the cemetery and covered my face with both hands. Shirley searched and found me on my knees.

Danae and I were then given an unexpected honor. We were allowed to take down the American flag at the cemetery as the sun was setting. Then the superintendent helped us fold the flag.

D-Day was a turning point in the outcome of the second World War. Young soldiers, aviators, and seamen were willing to risk their lives to preserve liberty. They fought tenaciously to save their loved ones and future generations from tyranny. We are all in their debt. 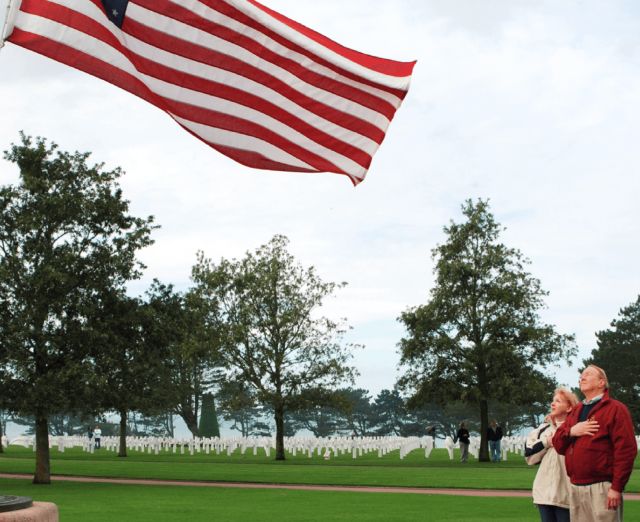